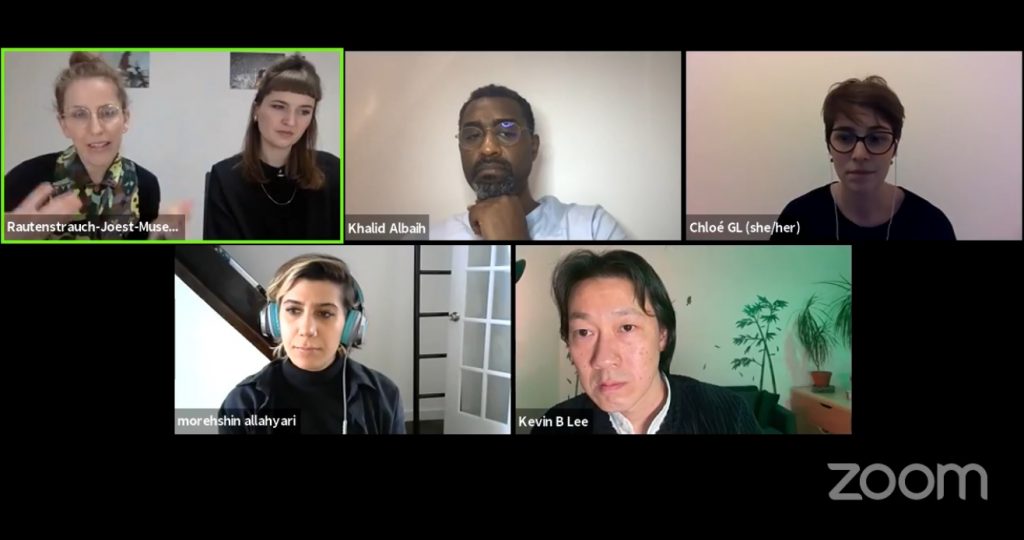 Chloé Galibert-Laîné was invited to contribute to the panel conversation organized to launch the online platform reCLAIM, in which her collaborative video essay project Bottled Songs is exhibited. The event was hosted by the Rautenstrauch-Joest-Museum Cologne in Germany.

Event description by curators Dr. Simone Pfeifer and Larissa-Diana Fuhrmann: With the new coverage through civilians’ mobile phones and the constant dissemination of violent images on social media, the war in Syria, which has been on-going since 2011, took on a new dimension. Groups such as the self-proclaimed Islamic State (IS) have also made use of these digital infrastructures and put their state and excesses of violence on display in a global forum. Less well known are the artistic reactions to this content: The artistic interventions decontextualize, re-arrange and imbue these violent media and contexts with new meaning. In doing so, these artworks comment on and criticize violent political movements like that of IS, resisting and defying the circulation of violent images. The complexities of these images and their content are condensed and reflected on in the forms of cartoons, destroyed works of art are revived through 3D prints, and protagonists are analyzed through video essays.

The recording of the discussions between artists Khalid Albaih, Morehshin Allahyari, Chloé Galibert-Lâiné, and Kevin B. Lee is available here: https://www.facebook.com/simone.pfeifer.98/posts/10158001551223316