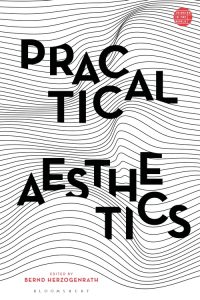 Abstract: The video essay as a form of film studies which does not only think about cinema but which is working with film excerpts as tools of their own analysis has seen widespread success and proliferation in recent years. Instead of providing a survey on the long and rapidly evolving history (or rather: histories) of the video essay, this chapter focuses on one specific aspect of the form which is all the easier overlooked as video essays and their practitioners become
more professional. Namely, this chapter is interested in how digital technology not only facilitates the engagement with cinema but also produces new forms of interference. Furthermore, it wants t0 outline how accidents like data corruption and digital lag can serve an analytical function. This chapter argues that disruptions of digital media can be recognized as critical encounters instead of accidents that need to be circumvented. I thus propose a video essayistic practice which thinks not only with the film but also with the new viewing and formatting technologies of film and, more specifically, with the uncontrolled and contingent side effects of those technologies. The term I propose for these productive contingencies of technology, as well as for our critical
engagement with these contingencies, is “parapraxis.” Understanding the video essay as parapraxis is not only revelatory in regard to its engagement with film and film history but also allows for a radical rereading of psychoanalytic and media theory and a sheds new light onto (para-)practical aesthetics and its epistemological implications.